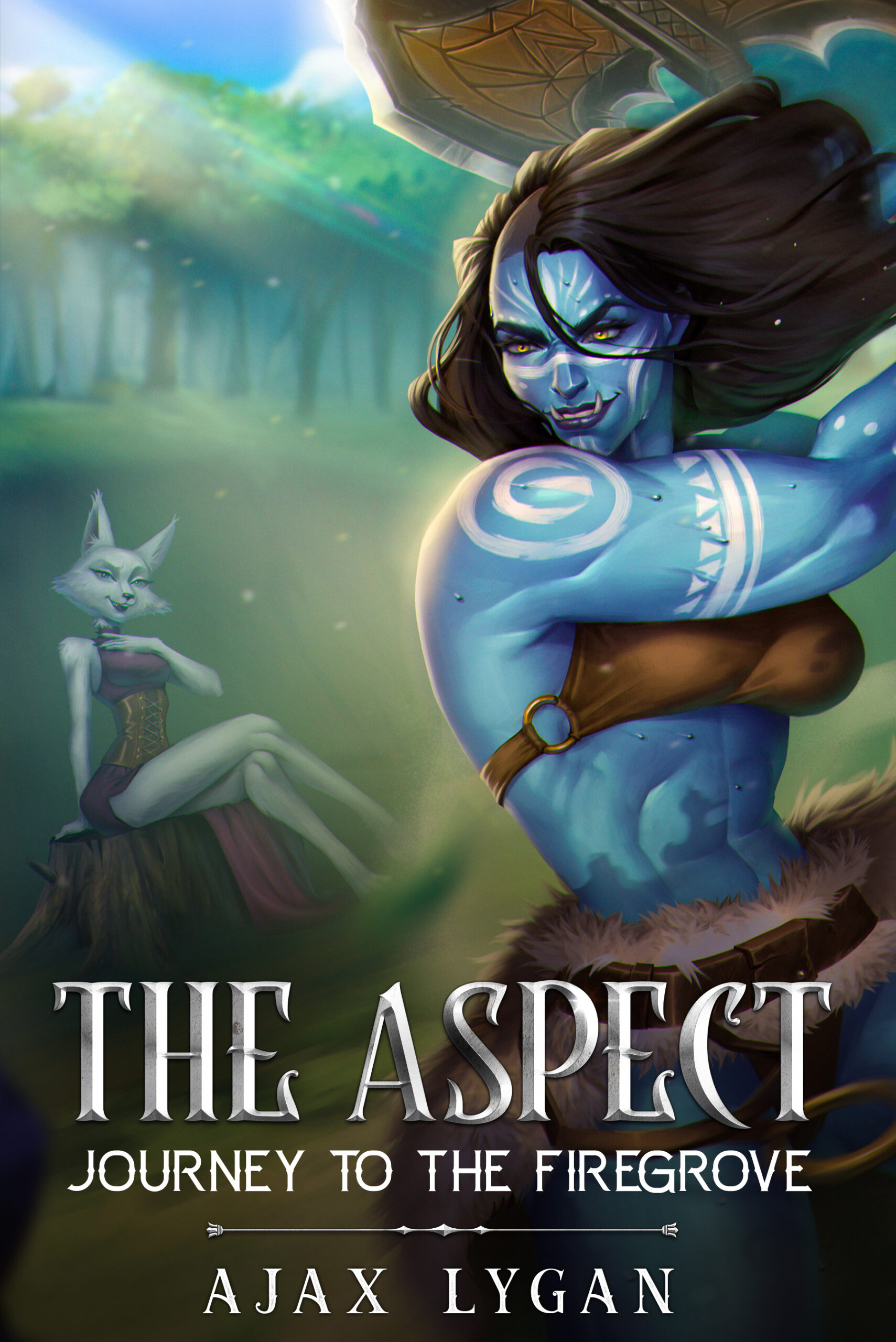 The Aspect: Journey to the Firegrove

A harem epic fantasy saga, The Aspect: Journey to the Firegrove is the first book in The Aspect series. It follows Tempest, Riika, and Ella on their journey to discover who and what Tempest is. Their journey leads them across the world of Iðna dealing with the dangers of the world along the way.

The choices you make define the person you become.

A man wakes up alone in the rain and with no memory of who he is. He soon falls prey to a hungry goblin tribe.

After escaping with his life thanks to the help of a beautifully powerful orc huntress, the pair find themselves on the wrong side of the law when the man releases a magical explosion nearly killing a dozen bar patrons.

With no options available to them, the pair turns to a graceful vulpine alchemist and former lover of the orc huntress to unravel the mystery of the man’s powers and existence. They will need their wits and each other to overcome a perilous journey of murderous bandits, corrupted queens, and unknown horrors spawning from magical portals.

Riika is one of the main characters in The Aspect: Journey to the Firegrove. She is quick-tempered but a passionate lover. She loves food and puts the safety of others above her own. Rarely would she back from a challenge.

Riika maintains a reputation as an infamous bounty hunter after her father was kidnapped, resulting in her hunting her father's kidnappers across the world of Iðna, leaving a trail of bodies in her wake. It was an event she continues to look to atone for.

While on a bounty hunt for a nearby group of goblins, Riika gets her chance at redemption when she rescues a man about to become their next meal. Only she never realized the journey that would start at the beginning of this selfless act.

Ella is one of the main characters in The Aspect: Journey to the Firegrove. She is a child prodigy who can appear cold in her pursuit of scientific discovery. However, she strives to use her alchemical advancements and pursues an ideology that the world can be a better place.

After an unexpected knock at her door reveals her former lover, Riika, bloodied and dying, carrying an unconscious man, Ella's curiosity gets the better of her, leading her on a journey to discover who and what the man truly is.