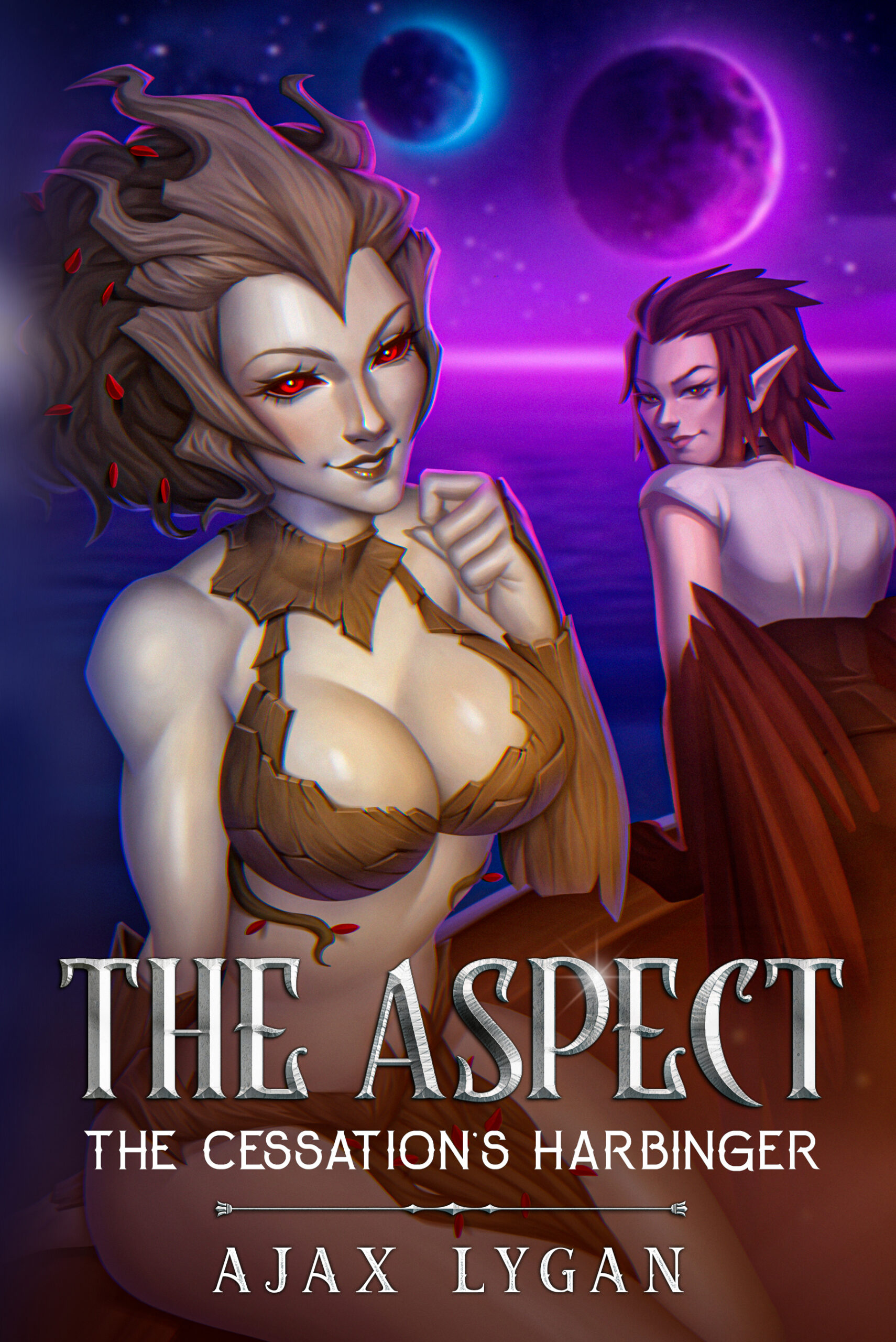 The Aspect: The Cessation’s Harbinger

A harem epic fantasy saga, The Aspect: The Cessation’s Harbinger is the second book in The Aspect series.

Are you willing to save those who seek to destroy you?

Tempest traveled to the Firegrove and discovered he is The Aspect; however, the world does not work on the word of a secluded dryad queen, and the last thing the Iðnan Ruling Council wants is to give up their power.

Tempest must use his wits to survive the world of political espionage all while safeguarding himself from abductors, uprooting secret organizations, and defending the world from the growing threat of horrors that spawn from unknown planes.

While the burden of responsibility and loss weighs heavily on the man born to be its savior, he must lean on Riika, Ella, and a new band of allies and companions to defend the world from those who seek to destroy it.

Riika is one of the main characters in The Aspect: Journey to the Firegrove. She is quick-tempered but a passionate lover. She loves food and puts the safety of others above her own. Rarely would she back from a challenge.

Riika maintains a reputation as an infamous bounty hunter after her father was kidnapped, resulting in her hunting her father's kidnappers across the world of Iðna, leaving a trail of bodies in her wake. It was an event she continues to look to atone for.

While on a bounty hunt for a nearby group of goblins, Riika gets her chance at redemption when she rescues a man about to become their next meal. Only she never realized the journey that would start at the beginning of this selfless act.

Ella is one of the main characters in The Aspect: Journey to the Firegrove. She is a child prodigy who can appear cold in her pursuit of scientific discovery. However, she strives to use her alchemical advancements and pursues an ideology that the world can be a better place.

After an unexpected knock at her door reveals her former lover, Riika, bloodied and dying, carrying an unconscious man, Ella's curiosity gets the better of her, leading her on a journey to discover who and what the man truly is.

Saïgra is an enigma when it comes to the dryads in the Firegrove. She longs to adventure outside of the grove, wishing to explore the world and all of its wonders.

When Tempest and his companions plan to leave the Firegrove, after learning that Tempest is in fact an Aspect, Queen Maileath tasks Saïgra to be the Firegrove's emissary on the IRC. She is also tasked with a secondary mission of watching over Tempest and protecting him from the threats of the world.

Saïgra is a fish out of water, experiencing things in the world for the very first time. She can be very reserved and curious, much like Tempest was when he awoke. However, with the power of the Firegrove at her back, Saïgra is easily one of the most powerful allies Tempest could ask for.

Sophia returns from Journey to the Firegrove. Only this time she joins the group as a much needed ally. After an attack on Tempest's life leaves unanswered questions, Sophia is tasked to use her profession as a lead investigator to assist Tempest and his companions in unraveling the mysteries of who, what, and why.